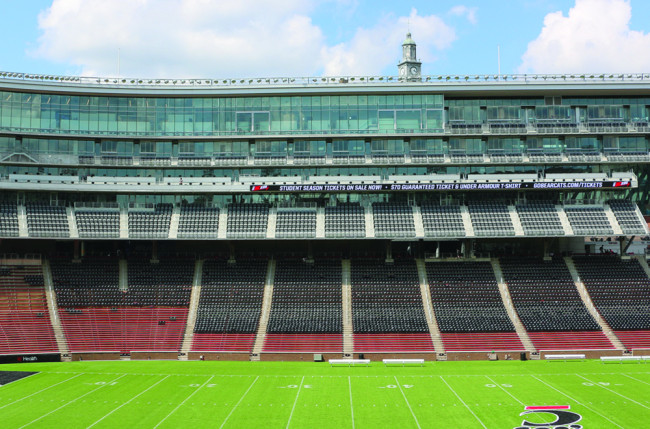 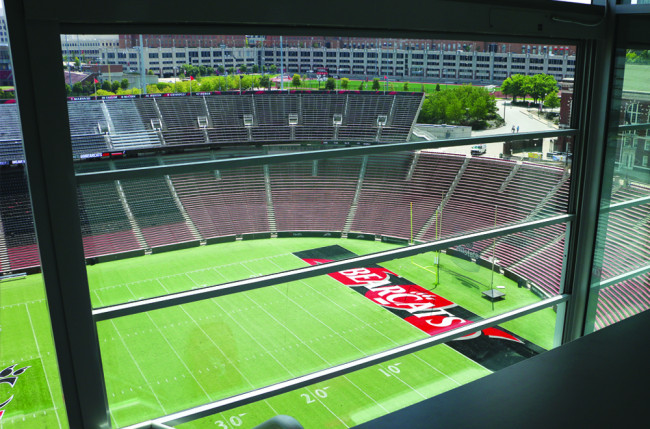 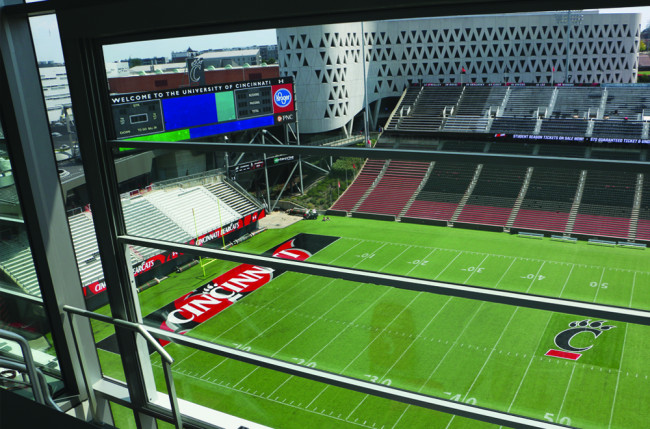 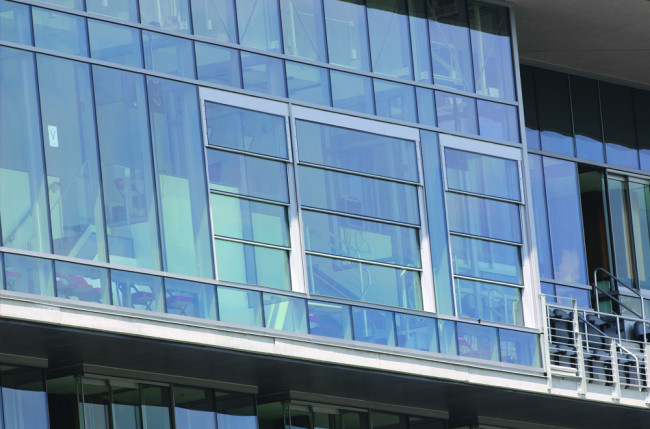 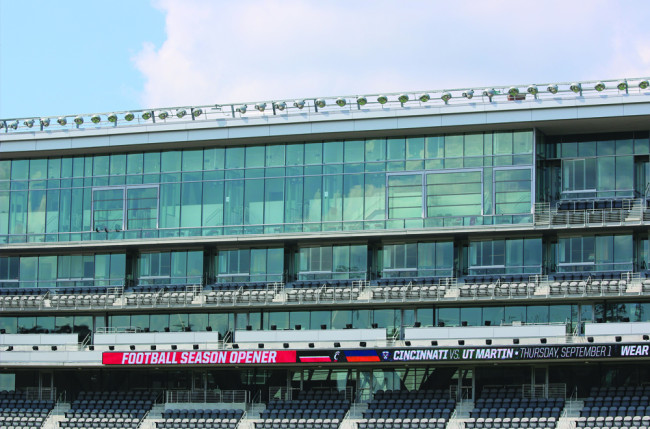 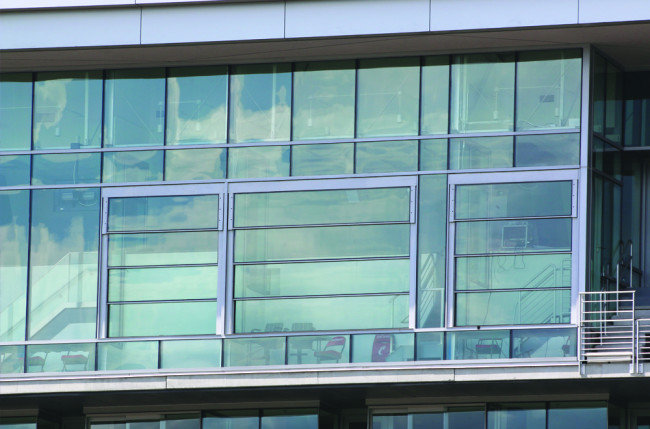 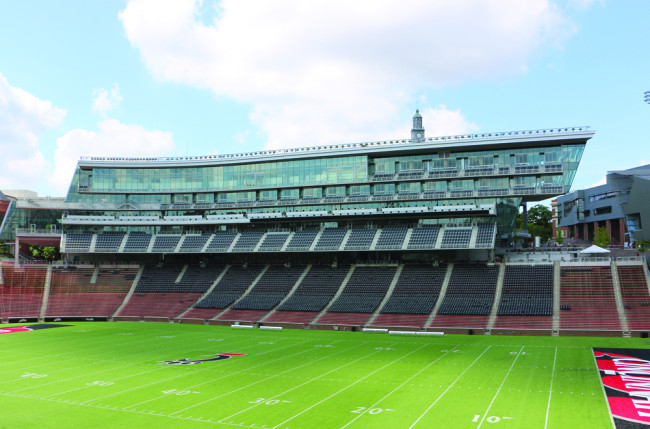 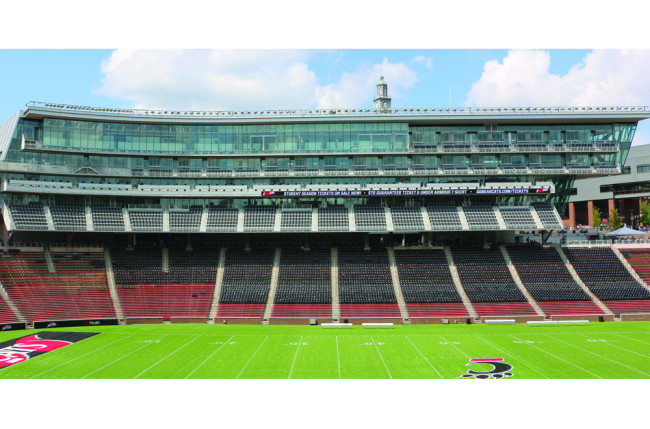 Nippert Stadium is home to the University of Cincinnati Bearcats as well as United Soccer League team, FC Cincinnati. It is the 4th oldest playing site and 5th oldest stadium used in college football today.

Seating limitations and lack of amenities had plagued this collegiate athletic venue for some time. In 2012, plans were announced to perform a $70M renovation and expansion. The budget eventually grew to $86M. Highlights of the expansion included the new West Pavilion, an architectural masterpiece built on top of the west grandstands. The West Pavilion includes premium seating areas, new press boxes, founder’s suites, and other private boxes. Construction began in December 2013 and was completed, on time, in September 2015.

The architect of record, Heery International, needed a little help when it came time to design the TV and radio press boxes. So, they turned to St. Louis based Cupples Inc, a provider of performance-based building facades. According to Cupples project manager, Matt Stopka, in their Chicago office: “Heery wanted a product that would function for sight line studies as well as during game time. We looked at many options but none seem to be the correct application for what we were trying to accomplish.”

Mr. Stopka continues: “This is when I meet Chris and Cem from Libart at the AIA convention here in Chicago. Looking at their PanoraView system, it seemed like the perfect application for the stadium. The project was soon underway. The rest is history.”