Five Star Retractable Systems, LLC, is a Libart USA distributor and has worked with the Libart team on some of the gallery project installations, within the US. 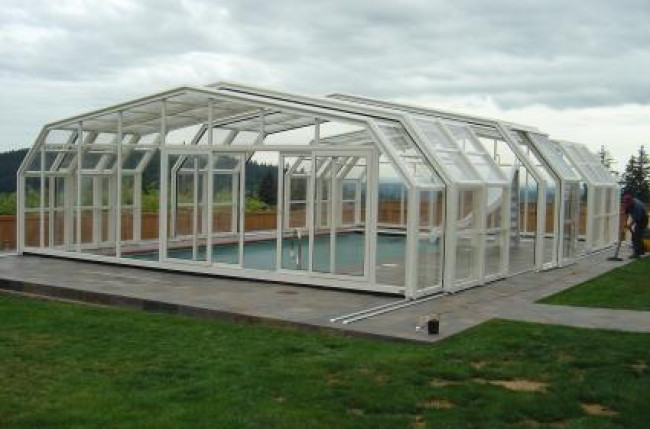 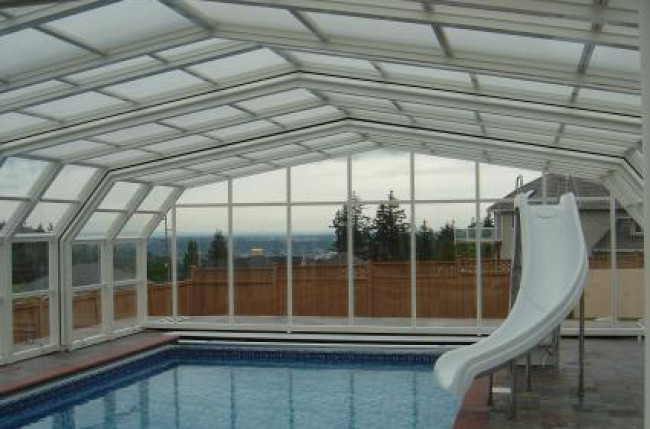 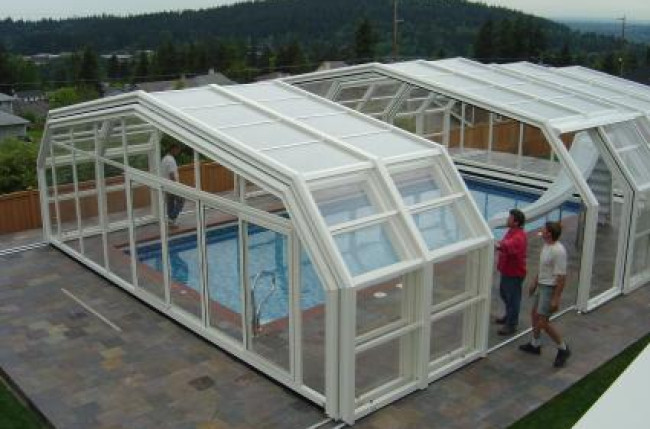 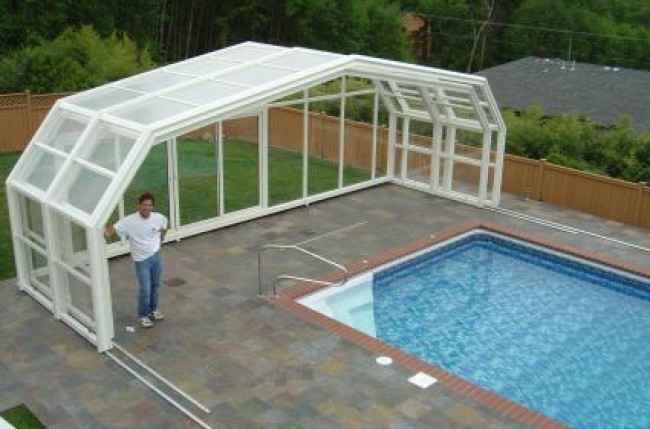 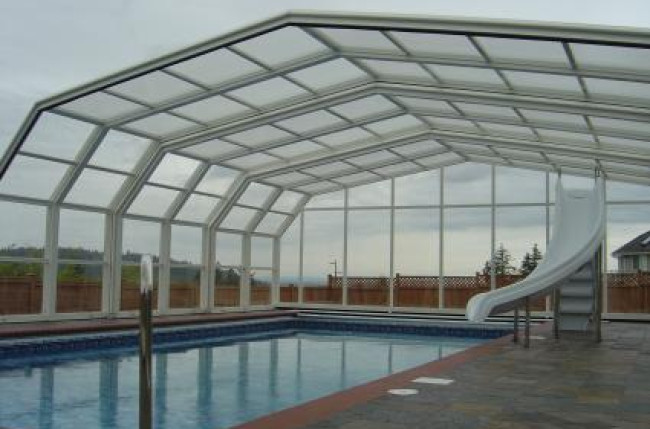 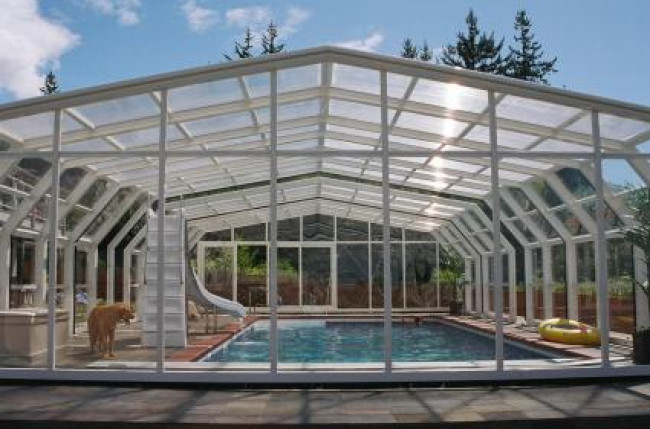 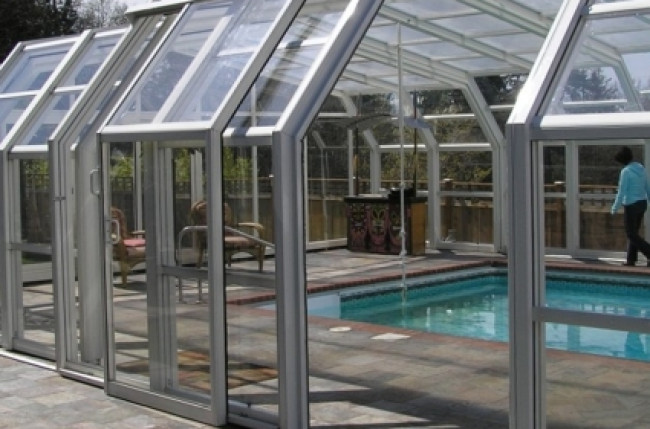 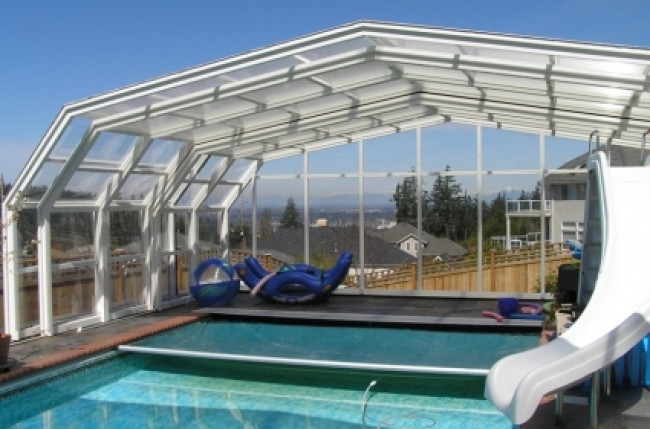 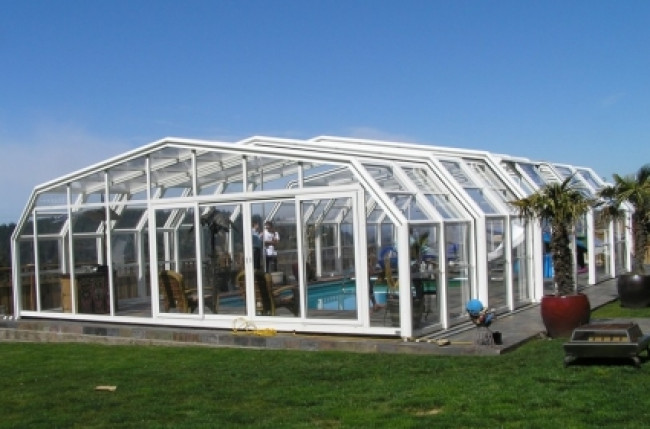 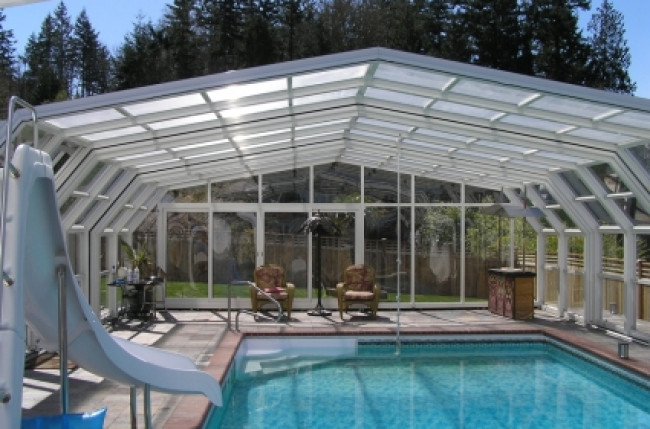 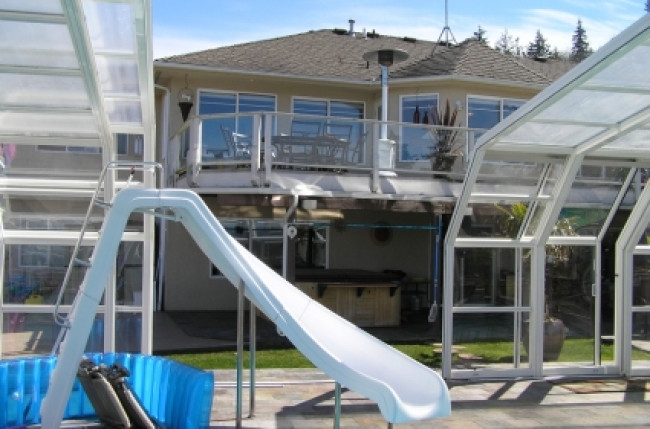 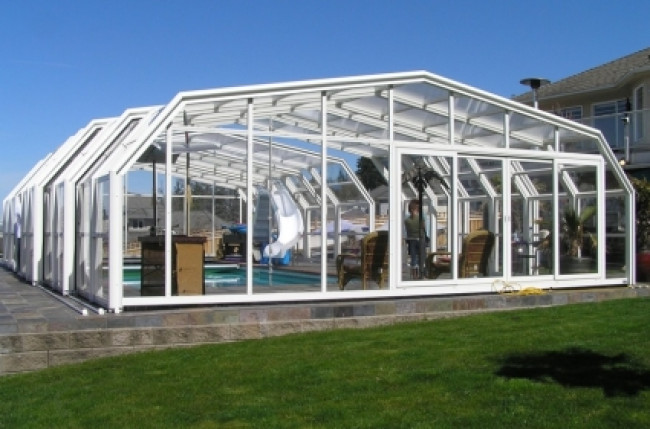 One bi-parting door on one gable end. One side sliding door on module 2. Extra height of 2′ 4″; as well as extra track on both ends to allow complete clearance of pool.

“Thank you again for providing such a gorgeous pool enclosure. We are really really happy with it! It looks just great and it works like a charm. My daughters (7 years old) are strong enough to move the modules (which they love to do!). I can’t imagine a better design for a swimming pool enclosure.”

“I’ve had a chance to “play” with it over the past several days and discovered a bunch of cool things.”

“To date, the temperature inside the building does not drop below 58 degrees even though the outside temperature was as low as 39 degrees. With the security pool cover closed. It must be due to the warmth emitted from the pool cover when closed.”

“Opening the pool cover (at night), elevates the indoor temp to 72 degrees while it is only 39 degrees outside. And the pool light emits enough light to make the building appear to glow a blue/green color. It looks really cool. There is easily enough light from the pool light alone to enjoy a glass of wine and visit with friends inside the building. Without anyone feeling chilled. It feels a lot like a warm summer night.”

“I installed a remote/wireless temperature sensor in the building with the base station in our kitchen. Using the memory function (min/max temp) I can see how cool it gets in the building at night. So far, rain or shine, it hasn’t dropped below 58.1 degrees. Also, at about 10am in the morning, the outside temp is 55 degrees and inside the Libart building it is a beautiful 77 degrees. So we’ve had coffee beside the pool in the morning, in the sunshine, and we’re comfortable.”

“As the day progresses into the afternoon sunshine, the temperature inside the building (closed tight) has risen to as high as 97 degrees while it was 68 degrees outside. But this is when the design of the building really comes into play. I crack open each module, leaving about 2 feet between each, and the temperature inside drops to about 80-84 degrees which is just where we like it. Ideal. As the day gets warmer or cooler, I can increase or decrease the size of the opening between the modules to keep the inside temperature around 82 degrees. At that temperature, I don’t think my pool heater is being used much at all. In fact, from about 10am until 10pm during the course of the day, I can’t imagine the pool heater is doing much work at all. Currently, shuts down every night at 10pm, and then starts up again at 6am. So the pool heater does its main work from 6am until 10 or 11am. Whereas it used to be running quite steadily from 6am until 10pm. Also, the pool water temp used to fall further at night then before the Libart building. At least 1-2 degrees cooler. As a result, the heater would have to work harder and longer to get the water temp back up to 87 degrees.”